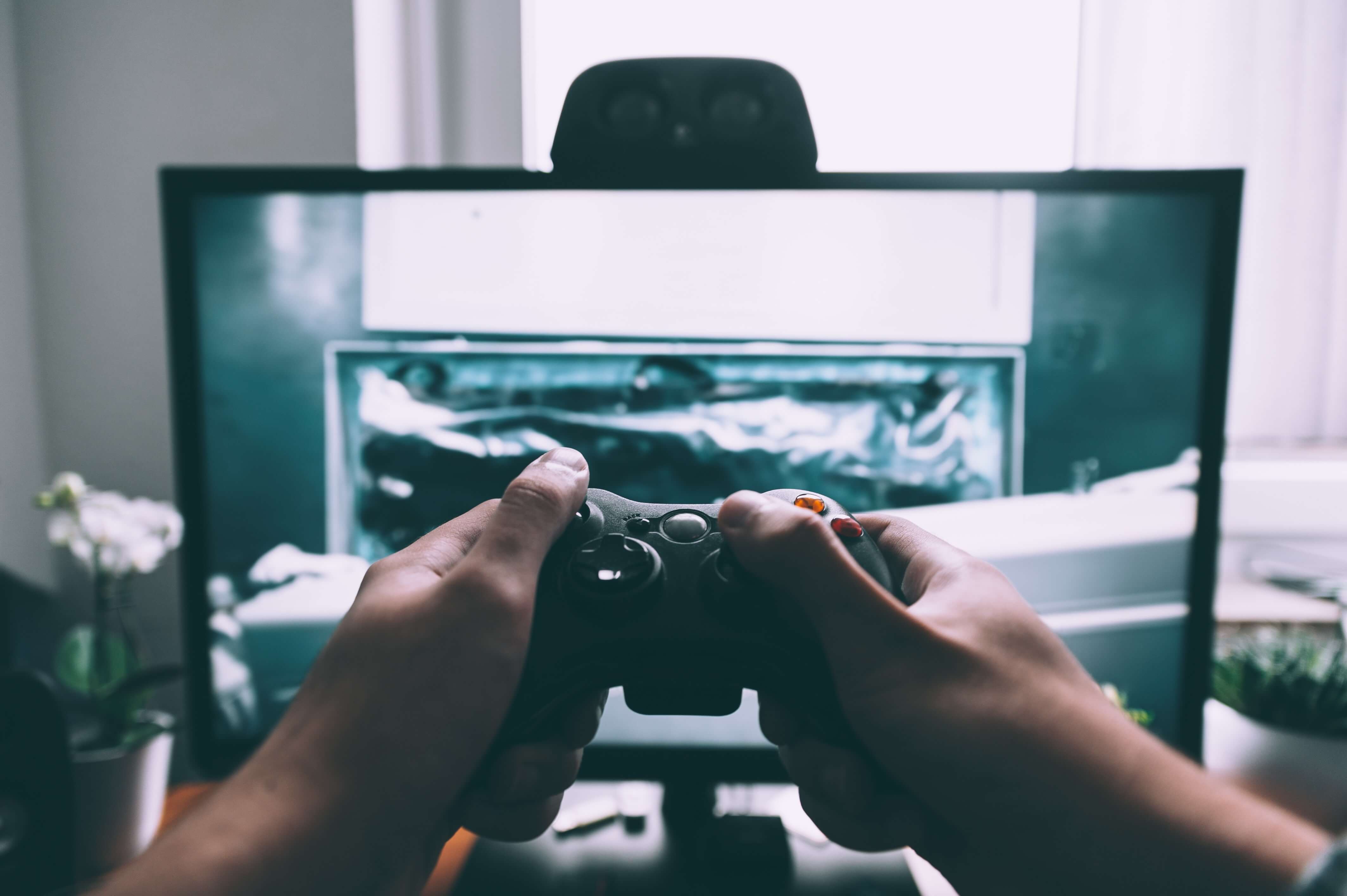 ‍Video game testers are right in the very heart of the $160 billion video gaming industry by making sure that video games are free of glitches before release in order to prevent customer dissatisfaction. Testers mostly work for game studios, publishers, and console manufactures, and are responsible for finding game-breaking bugs. After locating them they have to report back to the game’s developers so they, in turn, fix the programming issues. But if you believe that game testing is an easy and relaxing job in a similar fashion to playing video games casually on the couch, think again. From insanely long hours and complete lack of social and job security to even sacrificing their own love for gaming altogether, game testing is definitely not as simple as it might initially seem.‍

Maybe testing video games seems like a fun, laidback job. This isn’t always the case. Testers need extreme amounts of patience, perseverance and diligence to deal with the repetitive and tedious nature of the job. “They spend most of their time testing the game long before it’s finished, and long before it starts to become a fun experience,” says Jason W. Bay, author of Land a Job as a Video Game Tester. “Even after the game is developed enough to start beingfun, the testing assignments often aren’t fun at all,” he indicates. Usually game testers have to be on the lookout for various glitches like missing textures from in-game objects such as trees or even quests that for some reason or other cannot be completed not allowing players to progress through the main storyline of the game. Then they record the glitches and their coordinates in a spreadsheet so a coworker can fix them later. “It’s mind-mumbling work and can take days to accomplish,” Bay explains. Furthermore, most of the inexperience testers do not have a say in what games they work on, so they maybe working for months on a game that they absolutely despise. If the game crashes in spot due to a programming error, which must be included into the aforementioned spreadsheet, testers must start the game over and recreate the steps that led to the original crash. On the plus side, you get paid to literally play video games before they’re out! I can only imagine how much fun and excitement titles like Skyrim, Halo and Call of Duty had in the testing room. ‍

2. They Have a Ton of Names‍

Video game testers have a bunch of different titles with gaming companies usually calling them: game testers, testers, or more elaborate Quality Assurance (QA) testers. Testers who can code to automate parts of the testing process are called Software Development Engineers in Test (SDETs). However, the name play tester refers to a completely different occupation within the gaming industry according to Bay. “That’s when a game company brings in non-employees for a few hours to try a game that’s under development and give their feedback to the designers,” he says and continues “It’s more like what standard software companies call usability testing.”‍

Video game companies are pressured to release video game titles on time and therefore operate in an extremely tight schedule, with game testers being extremely busy in the months leading up to the game’s initial release. Many of them work late hours and suffer from sleep deprivation and awful diets. The stress is so intense that that testers have to increase their caffeine intake and eat fast foods to stay awake and withstand it. Imagine then how dire the situation must have been for CD Projekt Red's lead QA tester Lukasz Babiel who had to endure the bug-infested Cyberpunk 2077 for over 175 hours and despite the best efforts of his team, and warnings over the game’s upcoming release, had to endure the massive dissatisfaction caused by its innumerable glitches to millions of frustrated players worldwide.‍

4. They Do Not Need Any Specialized Education‍

Some game testers may have college degrees or Udemy certifications in fields such as computer science, game design, or software testing, but most testing jobs do not require any kind of higher education background apart from the ability to be able to express yourself in the written word consistently and accurately. Therefore, besides knowing how to play video games, game testers only need superb vision, fast reflexes, and adequate writing skills. Since game testing is considered an entry-level job, most game testers begin their video game industry careers in testing and try to work their way up to more advanced software development or game design jobs like former tester Kevin Oke. ‍

5. They Had A Show Dedicated To Them‍

Back in 2010, the first season of the The Tester aired on Playstation Network. The reality show portrayed contestants competing with one another for a job as a QA tester at Sony Computer Entertainment America (SCEA). Each episode feature challenges that tested contestants’ communication skills, hand-eye coordination, reflections, and even willingness to shower their heads with adorable cockroaches. The show ran for three seasons (impressive, eh?), and most participants said it was a great opportunity to network and kickstart their gaming careers. ‍

6. Job Security Is Not That Great‍

One big issue with game testing is that it does not offer the same social security as other video game industry jobs. Most game testers work on limited employment contracts, meaning that a company will only hire them as a full-time employees after months of bringing constant satisfactory work results. And unfortunately, a large pool of young and eager aspiring game testers, from Halo to League of Legends players, means that companies often fire them or choose to not hire them as full-time employees. Many game testers are left to work at multiple video game companies throughout a year, and transfer to others once projects are successfully completed. According to Glassdoor, the average full-time video game tester earns around $73,000 a year. However, entry-level testing positions pay way less than this, and of course salary varies depending on experience and location.‍

Apart from not having great job security, testers find promotion opportunities within the video game testing industry scarce. After several years of working in testing some game testers take on more responsible roles, along with a higher salary, by becoming game designers or producers. Besides, according to SCEA Senior Release Manager Brent Gocke: Game testing is the dream job for those who want to break into the industry. On the opposite though, some even decide to call it quits and leave the video game industry once and for all. ‍

8. They May Use Unorthodox Skills‍

Gaming skills are perhaps the most important trait in a game testing job but some testers get the opportunity to use different less-obvious skills. For example, in 2013, Michael Larsen, was hired as a game tester for Karaoke Revolution, in part due to his singing skills. “None of the testers were able to test the game at the Expert mode level. For this purpose, the needs to hire testers that could, well, really sing,” he writes on his personal blog. He also lent his singing talent to the game when he recorded the guide vocal for China Grove by the Doobie Brothers. If you ever pick up Karaoke Revolution then be sure to choose to sing along Michael!

Being a game tester is stressful, right, but it does come with a couple of gaming-related benefits. The opportunity to see from a private view how new games are made, from the planning process to the early stages of development and to the finalized product is something that only testers get to enjoy. Getting to play games that have not yet been released, gives game testers the ability to learn about a game’s secrets such as cheat codes, Easter Eggs, and hidden levels. However, they are not allowed to share this information with anyone else as most companies make them sign non-disclosure agreements (NDAs) before they are hired. Some game testers though get to enjoy even greater perks. One of those had the chance to meet gaming legend Hideo Kojima, the creator of the highly acclaimed Metal Gear video game series, when Kojima visited his office.‍

Playing video games leisurely is a pastime but video game testing is a job not a hobby. When things get rough you are required to operate as a real worker not as someone who only enjoys playing video games countless hours. It is possible for some testers to actually lose their love for gaming since they stop seeing it as a fun activity anymore. An anonymous QA tester revealed in a Reddit AMA that game testers go through phases of playing games for fun and avoiding them. “Sometimes you are really excited about a game you are working on, a type of game you have never played before, so you go home and play a bunch of other similar games for research,” she writes. But most game testers have neither the time nor the desire to play games for fun, and they quickly get burned out on gaming never wanting to jump on Goombas again.“Testers often go through a burn out stage where the last thing they want to see is a game when they leave the office. The stage I am at now, I can finally enjoy 'the games I like' now outside of work. In my own time, I stopped playing for almost 2 years at a point. I know one gamer who has never done QA. From speaking to me he has decided that he never wanted to do it as he loves games too much and does not want to 'lose the magic',” she stresses.

If being a Video Game Tester sounds like something you want to pursue, feel free to check out all of our video game tester jobs here!