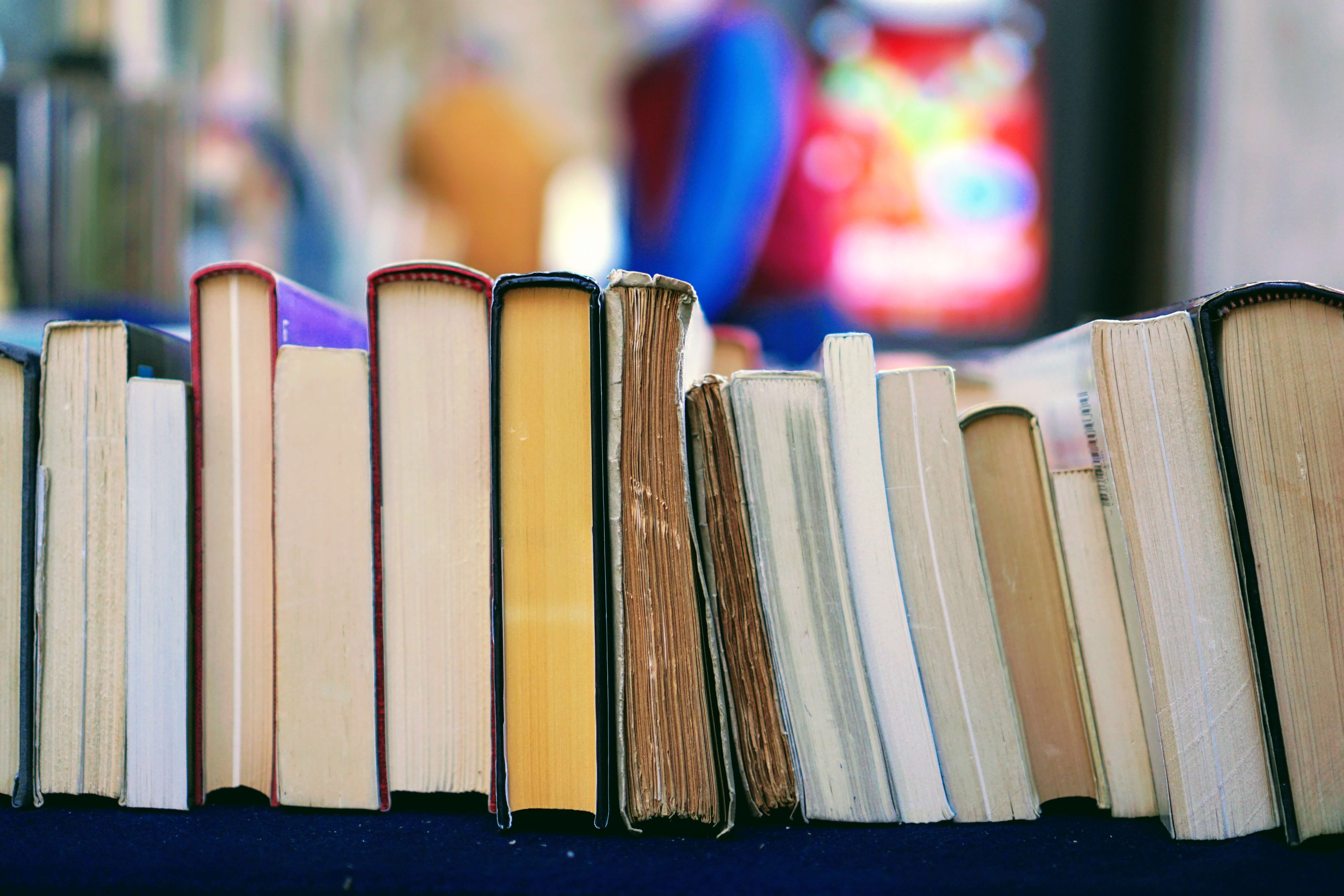 There's a popular belief that video games are only button-mashing action and that there's no room for thinking and consideration or even more, literature. As the video game industry is still in its infancy when compared to other art forms, the publishing industry is still attempting to catch up with its sudden rise and demand. Over the last few years, there are more and more impressive books about the video game space, from encyclopedias to comics to actual novels.

Without further ado, here are 13 of the very best books about gaming, contemplating a variety of subjects and games that helped to give birth to this new era of interactive electronic entertainment.‍

Before Super Mario came to be the most recognizable video game character, Mega Man was already in the hearts of video game fans. Known as Rockman in Japan, Mega Man's first adventure was in 1987, and since then, the blue-bomber has appeared in over 100 video games.

If Atari 2600 was your first video game console and playing it on a black and white television set is one of your fondest childhood memories, then this book right here is for you. And sure, the graphics on Atari were somehow bad and ugly even for the time (not everyone was lucky and could play the first Flight Simulator), but, you have to admit that the art on the boxes and the cartridges was incredible, and still is for that matter.

Art of Atari is the first official Atari collection of that long-lost era of primitive electronic entertainment with the included material to have been sourced from real-life museums and private collections worldwide. The book spans over 40 years of Atari’s unique illustrations and packaging. It also includes behind-the-scenes details on how dozens of games featured within were conceived of, illustrated, approved, and brought to life. ‍

Book 3 — The Sky: The Art of Final Fantasy Slipcased Edition‍

This boxset is a pure delight. No, it is a sweet treat. Whether you are an RPG fan or not, you have to admire Yoshitaka Amano for his gorgeous art in the Final Fantasy games.

The Sky: The Art of Final Fantasy contains some of the most extraordinary artwork and illustrations from the first ten Final Fantasy games, including the fabled Final Fantasy VII and its heroes Cloud, Aerith, and anti-hero Sephiroth.‍

Book 4 — Console Wars: Sega, Nintendo, and the Battle that Defined a Generation‍

In the early 90s, Sega and Nintendo fought shoulder to shoulder, just like virtual fighters in a video game (see the innuendo?), for the most successful video game console. The war was fierce and defined a console generation. It even led to the birth of the video game industry.

Based on over two hundred interviews with forger Sega and Nintendo employees, Console Wars by Blake J. Harris is retailing this epic battle through a novelistic approach.  ‍

Book 5 — Game Over: How Nintendo Conquered the World‍

It is not a secret that Nintendo is one of the most profitable gaming companies. But the fact that the Japanese company has come to earn more money than the big three computer giants or all Hollywood movie studios combined is the least intriguing.

David Sheff, the author of the book, shares the riveting story of Nintendo's conquest of the interactive entertainment industry and how they managed to make Super Mario an even more recognizable character than the mighty Mickey Mouse himself. ‍

Book 6 — Game On!: Video Game History from Pong to Pac-Man to Mario, Minecraft, and More‍

This book is a detailed encyclopedia of video gaming and offers snapshot looks at key moments of the industry. It contains further so amazing facts and anecdotal stories that your will be blown away.‍

Book 7 — The Ultimate History of Video Games: From Pong to Pokemon‍

Another book exploring video game history, from arcades to PC to handhelds. To achieve this in-depth history narration, gaming historian Steven L. King interviewed over five hundred industry professionals in an effort to tell the tale of how gaming from a backroom novelty transformed into a cultural phenomenon. ‍

Book 8 — All Your Base Are Belong to Us: How Fifty Years of Videogames Conquered Pop Culture‍

These video game history books are endless, right? Here is another one. This time it is about the influence of video games on popular culture. Games have grown from a curiosity to one of the most popular forms of mass entertainment, and this book aims to explore and understand the forces behind this profound evolution. How did gaming manage to become so gigantic that even whole movies seem small in comparison? are some of the questions discussed in the book.‍

Book 9 — Power Up: How Japanese Video Games Gave the World an Extra Life‍

Only the fact that video game industry legends such as Shigeru Miyamoto and Hideo Kojima are involved in creating this book should be enough to make you run and get it.

Power Up: How Japanese Video Games Gave the World an Extra Life is an informative examination of how Japanese game developers raised the video game medium to art. ‍

This jam-packed encyclopedia has content from seventeen Super Mario games, from the original Super Mario Bros. to Super Mario 3D World. In this book, you will get to admire through gorgeous illustrations the evolution of Goomba or witness the introduction of the iconic green dinosaur Yoshi. The ultimate Nintendo fantasy on glossy paper, what more could any video game enthusiast want?

I know. You would want to have a book about Super Mario Odyssey, that Mario adventure that (arguably) tops even the fabled Super Mario 64. Well, the RNG Gods are in your favor as The Art of Super Mario Odyssey is a 368 pages goodness that features concept art, preliminary sketches, and notes from the development team, plus insight into early ideas that did not make it into the game itself. Yay!‍

For starters, it is impossible to be unaware of the awesomeness of the Legend of Zelda series. Link, the protagonist, in his quest to save Princess Zelda, defeat Ganon. At least, that is how the storyline goes. Or not? Well, the Legend of Zelda games have a bit convoluted timelines. But fret not! These books can help you get your fix and answer to each and every one of your questions. Furthermore, what player would not love to open a book and wonder at a 2-page illustration of the Master Sword? ‍

The World of Warcraft is a worldwide phenomenon with millions of people adventuring in Azeroth. Consequently, Blizzard decided to put the rich lore of the game into print with a series of marvelously illustrated graphic novels that captured Warcraft’s epic to the smallest detail and brought it to life. Warcraft: Death Knight, where the Litch King is scarier than ever before, is one of the greatest of these graphic novels, as well as my personal recommendation. ‍

Video games are supposed to be relaxing without complicated stories, correct? Just jump on the next Goomba or save that Princess from the evil dragon for the hundredth time. Well, some video game storylines are so complex that need to expand into full-fledged fantasy book sagas. Dragon Age series consists of six dark epic novels set in the Dragon Age universe, the cosmos of the famous RPG. They may not be the greatest best-sellers, but they are pure treats to video game fans nonetheless. And they can be enjoyed even by non-gamers. Who said therefore that video games and literature do not go hand-in-hand?‍

Honorable Mention — The Legend of Zelda: Breath of the Wild— Creating a Champion Hero’s Edition‍

The Legend of Zelda: Breath of the Wild is an incredible game. When it came out in 2017 for the Nintendo Switch, it was praised for its open-world as well as innovative gameplay. And even though it took a couple of hundred hours to fully explore the game, players wanted more. Now, with this book, everyone can enjoy all the lore, backstory, and Takumi Wada's fascinating illustrations, from the latest installment of Nintendo's legendary franchise! Plus a real-life Spirit Orb comes along with the Hero’s Edition, for old-time's sake.