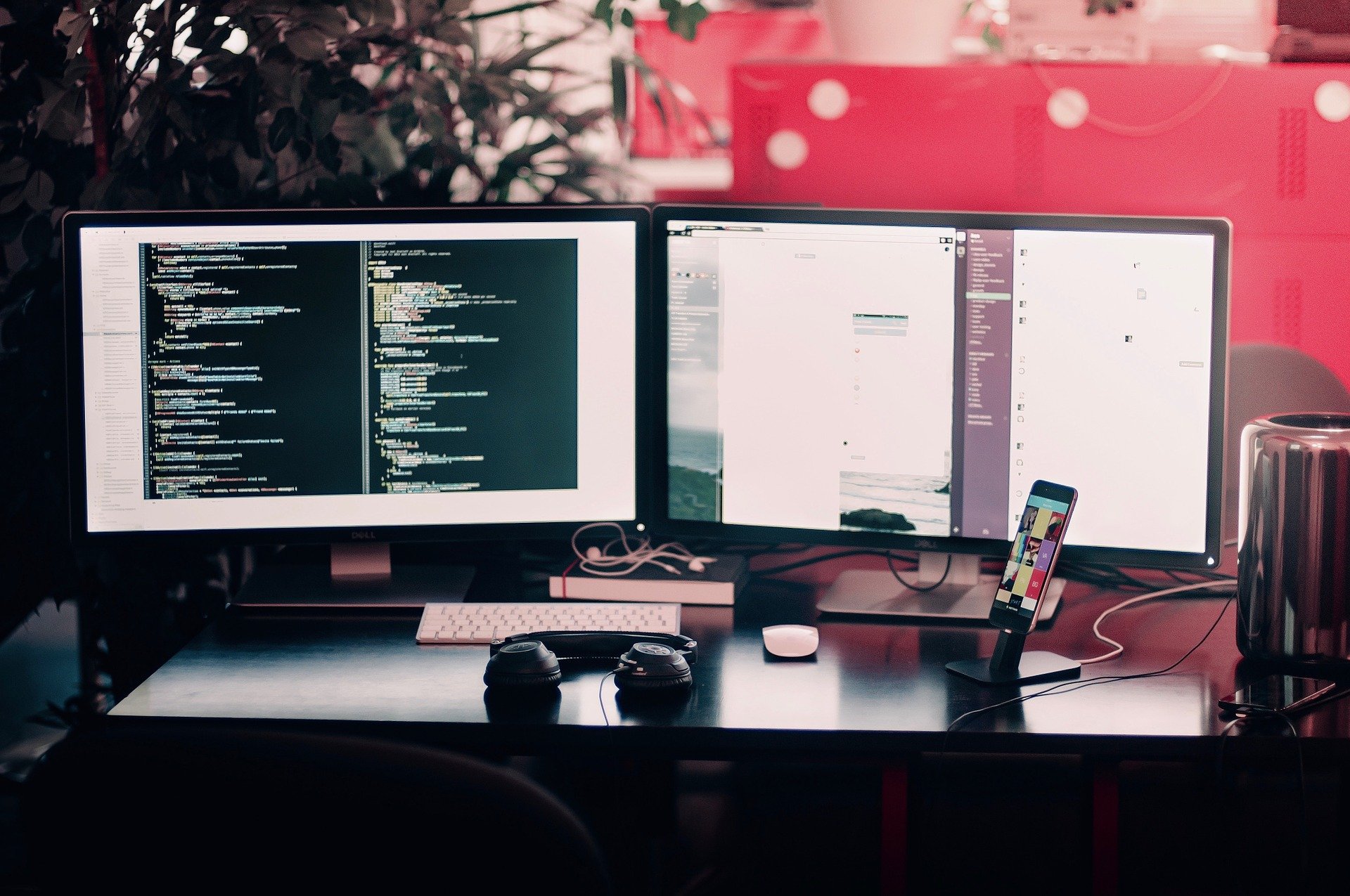 How to Get a Job as a Game Developer

Have you ever asked yourself, “How do I become a game developer?” Maybe you’ve been playing video games so long your thumbs are calloused or you’ve been programming here and there and want to make the jump to create video games. Either way, it’s going to take some experience to break into the video game industry. In this article, we’ll outline some steps that help you stand out amongst the pack and some ways you can get experience if you’re just starting out in the Video Game Developer world. Strap in, double check your keyboard and mouse connections and let’s go!

First and foremost, getting a career in any facet takes time, patience and initiative - the gaming industry is no different. And if you think playing some games is hard, try making them! Most games require C++ and extensive knowledge of video games in general. To get experience in C++ there’s a few ways.

Going to college is a great way to build your foundation for C++. Computer Science is your safest bet. You’ll have to also be good in math so make sure to pay attention during those dry lectures. If there’s a group on campus for video game development join it! Groups like this are great for meeting like-minded students that you can jam with. Also, you never know who could help you get a job after college so make sure to keep the relationships up after you graduate.

One Reddit user had success with going to college first and then building his own games. “Then I went to DigiPen, where I got my 'Bachelor of Science in Real Time Interactive Simulation' which is pretty much a CS degree that focuses on game programming. This was mostly focused on C/C++, but with a little assembly thrown in, and some other various languages. In class they group you up and you have to make games, one per year, so when I graduated I had a portfolio of 4 games and 'professional level' programming ability. ” Read the reddit thread here.‍

Once you have your degree you can begin applying at gaming studios or look for internships. Internships are a great way to get your first level of experience.

On the other hand, you don’t necessarily need a degree to become a game developer. You could sharpen your C++ skills from the comfort of your room if you have the discipline, drive and focus. YouTube, forums like Reddit, Twitter, google and books are all places where you can learn from. I learned all of my web design skills from Reddit and YouTube!

Once you’re proficient, you could start building your own games. It’s better to start small and work your way up. A good first game could be a simple 2D platformer that’s similar to Mario. It’s important to set a goal like right out of the gate.You’re going to have to work through a lot of challenges and learn what works and what doesn’t, but focusing on your goal provides you with long-term vision and short-term motivation. Once you get the 2D platform game built you could work on something more challenging.

Either way, you’re going to have to have something to show the hiring manager that you can actually do the job. You can build games. To do this it’s best to have your own portfolio which we’ll tackle below.‍

One of the best things you can do to land a job as a Video Game Developer is to build your own portfolio. Most employers love to see entrepreneurship on a candidate’s resume. It shows drive, initiative and a huge degree of the “figure-it-out-factor.” If you build your own portfolio of games not only do you have hands on experience with developing games, but you also have creativity since the game ideas didn’t just come out of thin air.

To show your portfolio to a hiring manager, make sure you have all the links to the installation software of each game. It’s also important to include all the source code. Lastly, have a backup of screenshots ready showing crucial game scenes just in case the links are down during the time someone is evaluating your portfolio.

There’s also gaming engines that would be helpful to understand. It would be best to learn Unity or Unreal. They’re two of the biggest gaming engines (in 2020) that games are developed on. You could build your own games in one or both of these engines and submit it to Steam. Even if it’s not a success it’s a great starting point to having a portfolio.

If full blown games are a bit intimidating no worries, it’s normal. You could always start out making mods for your favorite games! I hope I’m not dating myself too much, but Skyrim has a ton of excellent mods that took a serious amount of effort and creativity to build. ‍

Your network is your net worth. Cheesy, I know, but it has a lot of truth to it. The more people you know in the gaming industry the better your chances are of someone recommending you for a job. You can create connections using forums, social media networks and groups or even by attending local video game events or conferences.‍

LinkedIn and Twitter are amazing social media networks for building a community in the video game industry. Connect and follow leaders from gaming studios on LinkedIn. Also follow the LinkedIn pages of the Game Studios themselves. You’ll be able to see what titles they’re working on, what updates they’re sharing and even their job postings!

Share your updates and game developments on Twitter. There’s even group functionality on Twitter where you can add in all your favorite people from the industry into one group so it’s easy to see what they’re talking about and where their interests are. Use Twitter to do some reaching out here and there. You can develop an entire community using Twitter so take some time to learn what content is best shared and how to go about making connections. Marketo has a great guide on building a community using Twitter here. ‍

Let’s say you caught the interest of your favorite game studio and they've offered an interview. Now what? Now it’s your time to shine! Here’s some tips that will help you ace your interview and be on top of the leaderboard for candidates.

It’s amazing how often I hear about interviewees that didn’t do their research, don’t be one of them. Take 20 minutes or so and get on the internet and check out the companies LinkedIn, Twitter and Blog. You can gleam a lot of talking points from here and if you’re able to tie what you learned back into a conversation during your interview you’ll get major brownie points. Also see what game title’s they’re developing and see if you have any relevant experience.

Tip #2: Write down 2 reasons why you’re interested in this specific gaming studio.

During the interview, the question may come up as to why you’re interviewing with them. Use the research you’ve done to think of two reasons why you’re interested in them. You could even use their games that you like as a reason. For example, if I interviewed with Blizzard, I would tell them that I remember the first Blizzard game I played was Diablo. It was the summer of 2004 so the game had been out for a while at this point. A buddy of mine gave me a copy of Diablo and within the first 5 minutes I was hooked on the sinister storytelling and dark tone of the game. I remember being cramped in a garage, playing with friends during that Phoenix, AZ summer when temps can hit over 120 degrees. I played non stop for a week and beat the game. See how personal that story was? You can use a similar, truthful story and it’s sure to stand out!

Glance over your resume before the interview. Be prepared to talk about any job changes in a positive light. Even if your last job ended poorly, find a way to twist it into a positive. If you left a job because your manager was horrible, say that you went to an organization that had more supportive management. Phrasing is key here. Just remember to stay positive and don’t complain about any previous employers.

This is where building your own portfolio comes in handy. If you’ve already built your own games this is your time to share them! It’s huge accomplishment to learn how to program and apply it to building a game, let that enthusiasm shine through.

Tip #5 Ask your own questions at the end.

Use the end of the interview to ask any questions you may have. Make sure they’re smart, calculated questions that show you’re interested in working there. Some examples are:

Instead of applying for the large gaming studios like Blizzard or Nintendo, try your hand at smaller companies. Most large players want someone with experience which is going to be hard to come by if you’re just starting out. These studios could be making short, simpler games that could serve as a great line item in your portfolio. Also, be sure to check out blogs and forums while you’re working your entry-level job. These are great places to network and catch opportunities for jobs in a less formal way. ‍

Whatever path you take at the end of the day, the choice is yours. You could go the college route or the self taught route and still end up as a Video Game Developer. What matters most is the initiative and drive you have to make things happen. Create your own games. Learn to network. Build a community on Twitter or LinkedIn. These are all doable and will help your chances of success. Get out there and make it happen!

For Video Game Developer jobs check out our postings here.

For an article on how to get a job in the video game industry in another field click here.