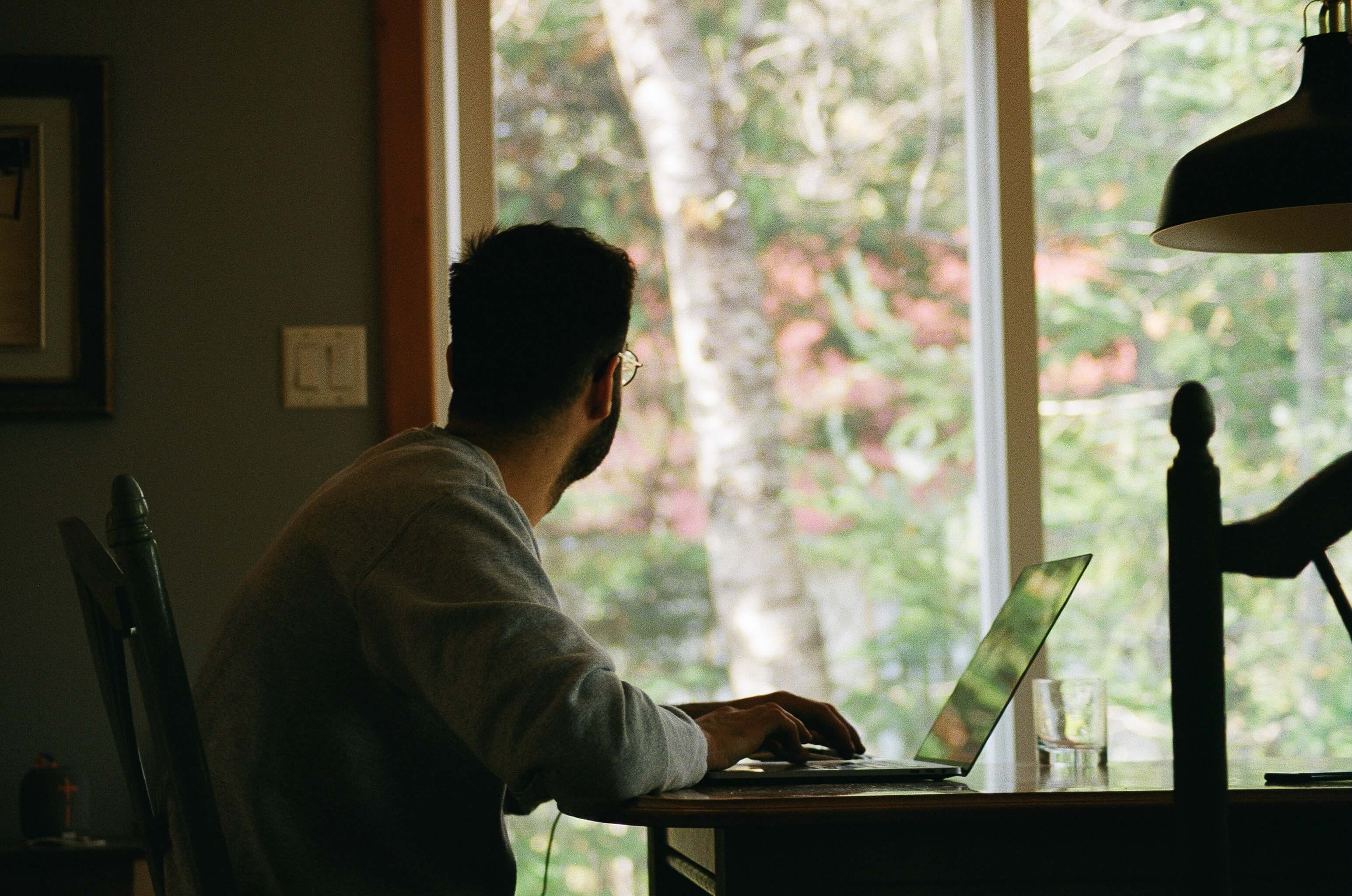 In recent years, remote work was implemented into several aspects of the video game industry. But it wasn't until the global pandemic that it became the norm. Of course, game studios reported record player engagement and revenues as high as never before, as players looked for home-based entertainment and distraction COVID-19 news.

But what about the people who create the games?

As expected, they had to adjust to the new circumstances and change the way they work. Game studios had immediate access to colleagues pre-pandemic. Colleagues were just a step away in the company office. Now, they are available only via video conferences and chat platforms. On top of that, employees have to get used to the new normal by transforming their private spaces into in-house work zones.

The way of bringing games to life, therefore, is changing too, alongside this process. And it makes the work-life change more difficult than anticipated.

Game Development Remains as Strong as Ever

Game companies may not have been ready for the concept of people working remotely, but they could only accept it, as they had to put their staff's health first. “The concept of people working from home was something we really didn’t want to have to accept, but for health reasons of course, we have to put our staff’s health first, so we started to get things set up so that people could,” told Chris Wilson, to VentureBeat in 2020, the studio head for Grinding Gear Games, the developer behind the hit free-to-play action role-playing game Path of Exile, amidst the pandemic. “And that setup time was important, because rather rapidly, as soon as New Zealand got its first case of community transmission in March, the government announced, you have two days to be working from home and everyone is in total lockdown," he continued. That is a challenging transition for a studio that used to work closely with in-house team members and producing content on a day-to-day basis. It is not about whether working from home is better or worse than before, but that it is a different and usually stressful situation.  "The upper management is scrambling to keep people working efficiently from home, with our existing release schedule of updates. We have a management deficit for the sequel at the moment. We’re going to be in a situation where assets are ready earlier than we need them, because we’re behind on getting them integrated into the game and functioning correctly and so on. I do expect that the pandemic will probably have a bit of an impact on our release schedule for the sequel (Path of Exile 2), but honestly it was up in the air anyway," Wilson continued.

For video game employees, not working in-house might be as tough as missing a coffee on the go or lunches at the company cafeteria. The loss of human contact is also an issue as staff working from home depend on online communication tools. It is not that these programs do not get the job done, but sometimes talking to people side by side gives an entirely different feel to a conversation.
“It’s the emotional drain that this puts on people and their families,” says Gouskos. “It’s the stress of what’s going on in the world. It’s the lack of normalcy and watercooler conversations," stressed Carrie Gouskos, Principle producer of Bunge's Destiny, a popular first-person shooter, to The Verge.
‍

Communication solutions like Zoom, Slack, or Teams have become an integral part of gaming company culture by enhancing connectivity and collaboration with remote employees. In fact, several programs are designed to help remote work as efficiently as possible. One such software, for instance, is Parsec, a program that enables people to use cloud gaming to play and stream together. Additionally, Parsec allows screen-sharing and accessing computers remotely, an indispensable feature, especially in a work-from-home world.

"There are larger companies that are saying, hey, we really need this so that our game developers can connect to their workstations from outside the office," said Benjy Boxer, cofounder of Parsec to VentureBeat. "But the way that people use Parsec is to play games with their friends. They invite their friends to join their PC and they play together. I believe what is happening is — from the consumer side of things, if you’re interested in that, people need a social connection. They’re using Parsec and games for that social connection, because we’re all isolated and feeling lonely," he continued. People, therefore, opt for collaboration software to establish a social connection during the pandemic. They do not desire to play alone but with friends.
That said, there are some challenges when working exclusively from home, at least when it comes to game development. Whenever a next-generation system hits the shelves, console makers supply dev kits to development teams. For once, it is tough moving them to different homes. Gaming employees work on the dev kits in-house. Therefore, they need to have a physical presence. And even though there is a workaround by working remotely with them, optimization work is not possible even with the best remote solution. You need to have access to the devices to optimize games. It is that simple.‍

Every Platform Has Different Problems ‍

Depending on the platform, unique issues might arise. And that makes sense, as platforms differ between them. Most challenges of remote work are related to VR development. To develop a VR game, you have to log into a VR headset, which is impossible to do remotely. You have to be at the office because otherwise, you cannot put it on your head. To work on a VR project at home, you need to have a high-end PC and own a VR headset for testing. Unless the company is large, there is no way that they can supply every developer with a headset, a powerful PC, and a 4K monitor to take home. On top of that, companies need to get permission from hardware manufacturers to take headsets home, as the headsets are considered dev kits, which need to be used in an office, not on private property.
Similarly, non-VR pre-production is challenging, too. Gaming employees create concepts as they build a game. That requires additional collaboration, iteration, and an overall extra effort from people. Imagine now how difficult it must be when all of the staff are working away from each other.
‍

As a final note, working from home may affect people's mental health until they get used to the new reality. And if employees were working for a large studio, for example, HR as part of the apparatus, check-in on people periodically. But when people working in a small studio where everyone's friends together, organic connections are the norm. So, you can sense when someone's having a bad day or a rough week. The situation in a colleague's life might personally affect you even more in a small company, which, in turn, may hinder development. ‍

But What about the Future‍

Since most of the upcoming games have been under development for at least during the pandemic, gaming professionals might continue experiencing working from home for a long time.

Check out some of our featured job postings on Leaderboard. Tons of them are remote. And, as technology evolves, communication tools become better and better. There will come a time when the pandemic will be over, but it is not certain that things will return to how they once were.“I have no idea what the future holds,” says one. “This could last for a month, or two years. And certainly things won’t be the same anymore, but I have no idea what they’ll look like," mentioned said Brie Code, founder and CEO of Toronto-based developer Tru Luv, an organization focused on healing human relationships with technology, to The Verge.“I think we each have a responsibility to contribute as best we can to iteratively moving towards a creative future that is healthy and kind. While we’ve paused some of our processes and systems globally during this crisis, we’ve seen some maybe unexpected outcomes such as the clear water in Italy. This can inspire us to dream of more efficient and healthy systems and know that we can work towards them — and must," Code said.
‍

It is expected that companies will continue working with remote employees, adopting additional work-from-home policies. Flexibility has reached new heights, and it seems impossible that studios will sacrifice it for housing large development teams again. So, even if producers and developers weren't ready for that change in work-life balance, they did adapt, and, by working harder than ever, they brought entertainment to people, helping them avoid pessimism and negativity during the most challenging time in recent human history.

Looking to land a video game job? Or perhaps, are you already working in the gaming industry and looking for a new and exciting challenge? If the answer to one of these questions is positive, then look nowhere. Visit Leaderboard's job page and find your new career opportunity in video games today!